* In case of any delay in receiving the OTP, you may verify it later. Please proceed without verification.

Enter your City name or Pincode

Bakloh a hill station and a cantonment town in Himachal Pradesh is known for its strategic locations and natural beauty. Located just about 4584 feet above the sea level in Chamba district of Himachal Pradesh this city is surrounded by various picturesque locations and possessed a long historical background mainly consisting of defense sector of India. Initially, the town was the part of Punjab but now it is a constituent part of Bhattiyat Tehsil. Bakloh is largely famous for the Gorkha inhabitation and it is located around two kilometers distance from Kakira, which is a small township nestled on a beautiful hill. 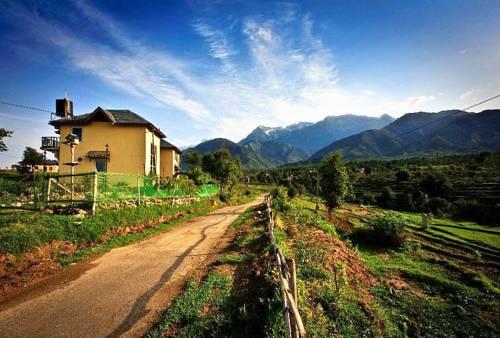 Bakloh
In the addition to its strategic location, Bakloh Cantonment is placed on 6 Km away from the Pathankot - Chamba main route and around 60 Km distance from Pathankot Railway Station. Many important trains from the major cities of North India are linked to this railway station. From here, the town can easily be reached through roadways buses from nearby states and also private buses or taxis.

The small city of Bakloh has a long historical background for the country. In the year 1866, this region along with Balun, Dalhousie Cantonment was captured from the Raja of Chamba for a sum of rupees 5000 with the purpose of forming a 'Gorkha Cantonment' for the fourth Gorkha Regiment raised at Pithoragarh, at that time in Uttar Pradesh. Since then, this region remained in form of Regimental Center and Depot of the fourth Gorkha Rifles which was previously renowned as the 4th Prince of Wale's Own Gurkha Rifles. However in early 1950s, the fourth Gorkha Rifles Center was shifted first to Dharamshala and later to the Sabathu, Shimla Hills due to the reorganization of regimental centers after the partition of India in 1947. Following this transformation of the fourth GR Regimental Center to Sabathu, Bakloh was closed down as the center of Fourth Gorkha Regiment. Consequently, the barracks and bungalows of 1/4 GR and 2/4 GR were also shifted to Sabathu which have been used as peace time places for two battalion size units.


Geography and Climate of Bakloh

The temperature in Bakloh is relatively temperate. The maximum temperature in the city during the summer season is recorded around 38°C. The monsoon arrives in Bakloh in the first week of July and continues till mid September. In this season, the inhabitants have to face misty, humid and cloudy weather. After the monsoon season, the months of October and November remain dry as well as cold. From December, the city witnesses the arrival of winter season that remains till February. During the winters, the temperature can come down to 0 °C. The months of March and April have almost same weather to October and November. Therefore, the best time to travel around Bakloh Cantonment is from April to October.

According to the Indian Census of 2011, the total population of Bakloh city is 1805 in which 1150 are males while 655 females. The population of Children in this Cantonment Board city and who are between the age group of 0-6 is 222, approximately 12.30% of total population of the city. Of the total population of Bakloh, the Schedule Caste (SC) people constitute 11.97% and Schedule Tribe (ST) people are 1.05% in this town. There are 395 houses in this city in which 918 people are engaged in work consisting of 831 working males and 87 working females. Furthermore, the average literacy rate of Bakloh is 94% which is considered higher than the state average of 82.80%. In Bakloh city, the male literacy is 95.74% while female literacy rate is 90.73%, as per the reports released by 2011 Indian Census.

In Bakloh local administration has made all arrangements to make life simple and easy for the people. This is evident by the presence of post offices, banks, hospitals etc that helps in meeting the requiremet of the city. The inhabitants of this Cantonment Town have the access of all the public utility services particularly healthcare, banking and postal. It is comprised of few healthcare centers in which medical treatments are given to the people.

Bakloh has branches of top nationalized and private banks of the country. This Cantonment Board town has few bank branches particularly that of Punjab National Bank and Yes Bank. These bank branches provides various banking services to the people like opening an account, fixed deposits, personal & business loans and ATM facility. In short they help in keeping their deposits safe and secured.

In similar to the banking services, the presence of a post office is also very crucial in the fulfillment for any city as it helps in sending mails from one place to another. Thankfully Bakloh also enjoys postal facility. Bakloh has a post office which is, in fact, a sub office branch of Chamba Head Office. This post office comes under the postal division of Chamba Division of Shimla Head Quarters, Himachal Pradesh Circle. Given below is the complete address of the post office in Bakloh:

Bakloh is known for natural beauty particularly outstanding tourist spotrs but at the same time the city is replete with efficient public utility services in which health care facility is the prominent one. The administration of the region has arranged adequate healthcare facilities for its inhabitants. There are few government and private hospitals located in this hill station where all kinds of medical treatments are provided to the people. They have modern medical equipments, professional staff of experienced doctors & nurses and emergency services. Find below the contact addresses and numbers of these hospitals:

Bakloh is situated on the gateway to District Chamba placed on the ridges of Hattidhar range of Dhauladhar Mountains. This small town is quite accessible from the nearby states like Jammu & Kashmir and Punjab via roadways and railways. However, it has no direct transport way from these states but can be accessed through various indirect routes. The city is located around six km distance from the Pathankot - Chamba main route on which government owned roadways buses and private buses from Punjab, J & K and also Haryana have daily services. As far as train routes are concerned, the nearest railway station to Bakloh Cantonment is Pathankot Railway Station, which is located almost 60 km distance from the town. This railway station has the railway links from several major places of northern part of the country. From this railway station, one has to take further ride on buses or taxis to reach at Bakloh, Chamba District.

Comments / Discussion Board - About Bakloh